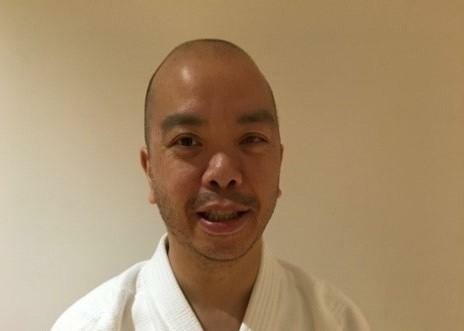 The BCAF would like to congratulate Kim Riddick Sensei, chief instructor of North Delta Aikikai and current CAF Secretary, on his recent promotion to Go (5th) Dan.

Kim Sensei began practicing Aikido at the age of 10 and has been a member of several dojos in BC including Victoria Aikikai, New Westminster Aikikai, SFU Aikikai, and Vancouver West Aikikai. He has travelled extensively, participating in seminars both within Canada and internationally, and he lived in Tokyo, Japan, for 3 years so that he could focus on training at the Aikikai Hombu Dojo.

In addition to his duties as chief instructor at North Delta Aikikai and CAF Secretary, he has also been designated as a Shidoin B in British Columbia and has been helping to oversee training at dojos on Vancouver Island and in the Interior. His major Aikido influences have been Kawahara Sensei, Osawa Sensei, Seki Sensei, Shibata Sensei, and Doshu Moriteru Ueshiba.